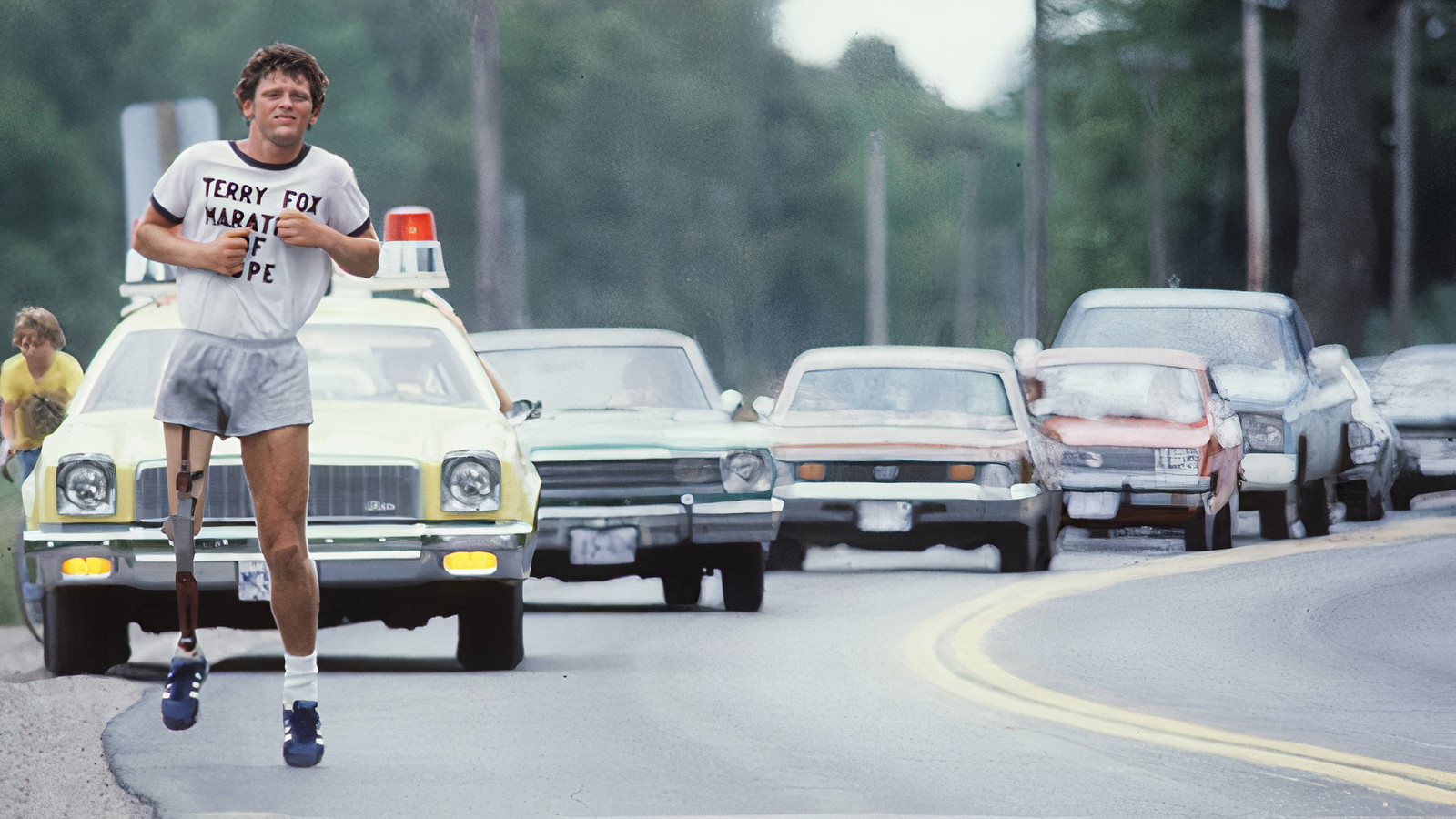 Hello, I am Paul Cox, Terry Fox Run Calgary organizing committee. TERRY FOX RUN(s) in CALGARY and in COCHRANE are excitedly anticipating a huge return to a traditional, in-person Terry Fox Run, on Sunday, Sept 18, at Fort Calgary (and Mitford Park, in Cochrane).

It’s proving to be a year of ‘Tributes to Terry Fox’ … specifically, to the two 42s associated with this year’s Run:

2) more importantly, that’s the number of mileage that Terry would run daily, on average (boggles the minds of ALL CANADIANS; 42k, for 143 consecutive days, through winter conditions in NFLD in April, SW ON heat & humidity, etc).

The First Tribute – By Brandon Cruze

The first tribute to which I want to draw to your attention is a tribute that Brandon Cruze from Cochrane will fulfill: Brandon is planning to ride his bicycle 42KMs in tribute to Terry Fox on Saturday Sept 17. He also knows that Terry Fox Foundation wants to educate people about Terry & The Marathon of Hope; with that in mind, Brandon has included members of the Filipino community in Cochrane; thus educating newer Canadians about Terry Fox, and of Terry’s Marathon of Hope.

Individuals wishing to join CLUB 42 have to accumulate their own 42KMs, and then reflect upon that completion: In my case I accumulated my 42KMs between March 20 & April 3. Having had a few ‘lazy days’ (that I wanted to ‘take off’) I thought ‘Terry must have had many days he would have liked to take off … but he made himself get out of bed to run‘; THAT motivated me to get off the sofa and walk my ‘measly’ 5k …

Finally, Calgarians can pay tribute to Terry Fox by participating in this year’s Terry Fox Run For Cancer Research; I know Terry Fox would wholeheartedly appreciate that, as a tribute.

Operating with a zero-budget for promoting the Run (as Terry stipulated) I’m asking you to consider promoting Brandon’s ride, possibly making the story even better with mention of CLUB 42, and encouraging individuals to participate with us, as we work to raise funds for cancer research, in Terry Fox’s name.